Analysts from Stream Hatchet have published a chart for the first quarter of 2022, comparing its performance with the same period for 2021.

There have been changes in the ranking of the most popular games on streams. Two ambitious newcomers burst into the charts, moving several cult products from their established positions in the top ten. We are talking about the rapidly growing popularity of Elden Ring , a generator of negative emotions from FromSoftware and one of the reasons for the breakdown of gaming accessories, as well as the MMORPG Lost Ark, which was published in Europe and the USA by Amazon. 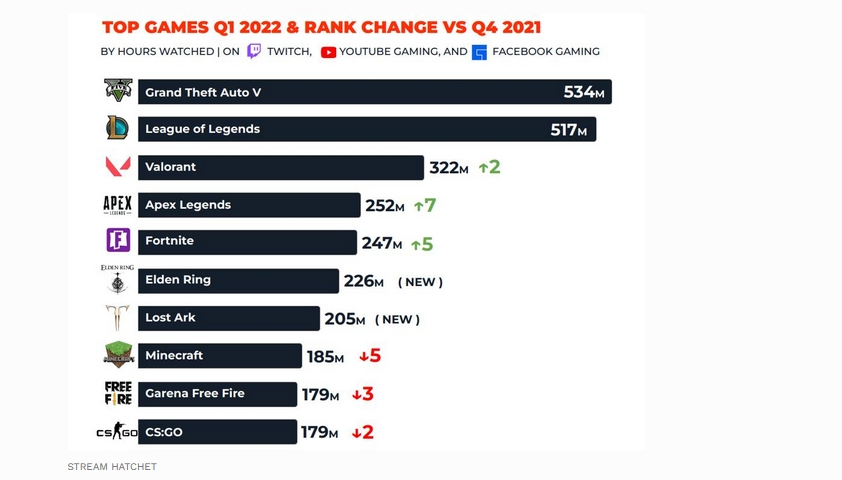 Yes, the first and second places are still far away. GTA V and League of Legends have probably settled there forever . But newcomers were able to take the middle positions in the top 10 quite confidently, dropping such giants as Minecraft, CS:GO and Free Fire by several positions.

Tips on how to unlock Kadan questline in Lost Ark

This is the end content for Lost Ark and, hence, can't be completed without the need of initially meeting several specifications